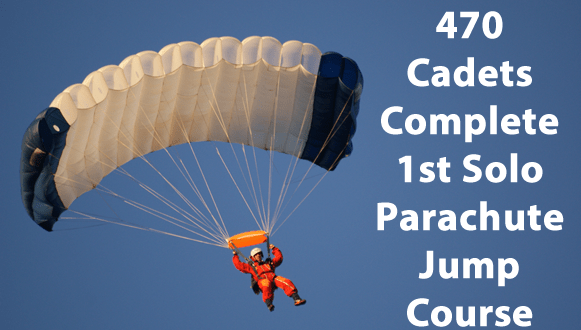 Cadets from West Scotland Wings Sector 6 Squadrons had the extraordinary chance to participate in the first trial of the new parachuting course organised by the S&NI region special projects group on April 18th 2015.

Corporal Sean Braeken-Gray and Cadet Jack Paterson from 470 both completed their first successful solo parachute jump along with colleagues from 867(Denny) and 1333 (Grangemouth Spitfire) Squadrons.

What would you do if you were offered the opportunity of a life time to experience something many people haven’t? Would you grab it with both hands or live to regret it?

When we got the rare chance to jump out of a plane from 3,500 feet, I and some of my Air Cadet colleagues went for it!

My experience of jumping out of a plane! – Cpl Sean Braeken-Gray

Our adventure began when we arrived at the Strathallan skydive centre in Perthshire on a scorching Saturday morning. We were greeted by ominous warning signs stating “Skydiving is a dangerous sport. You may be seriously injured or killed participating” – All of a sudden things were getting real!

We were warmly welcomed by the staff at the centre who quickly put us to work to start preparing for the jump. Our first test was to read all the legal documentation before we had to sign papers declaring that we accepted the risk of serious injury or even death. To make sure the message was sinking in they reinforced it with examples of what has happened to people who don’t follow the necessary safety precautions… eek!

Suitably captivated we were then given a tour of the hanger, training facility and the air field where we would be landing. We were then split into two groups to learn the theory of skydiving in the classroom. We learned how the parachute reacts in the air, how we can control it, how it deploys, our acceleration to the ground, crosswinds etcetera. The next stage was the fun part, the practical training.

Initially we were taught what to do once we have exited the aircraft. We learned how to make an arch shape with our bodies and count to four then inspect our canopy to see if there is anything wrong. Secondly we were taught how to exit the aircraft. We practiced placing our feet outside the aircraft and pushing off with one leg to get as far away from the plane as possible, getting immediately into our arch position for the canopy to open. Thirdly we went through our emergency drills, which we practiced extensively, all of us hoping we wouldn’t have to use them! Once we had finished training we were given a multiple choice test of twenty questions which we had to get 100% correct, otherwise we weren’t allowed to jump.

Once we all completed our test we had to wait in queue to get to jump. The tension during the wait was excruciating and was somewhat eased by the gallows humour among the cadets.

Finally, the big moment came; all kitted up in our expensive gear we all got into the small aircraft no bigger than a cupboard. The small aircraft quickly rose to our jump altitude – the worst part being there was no door stopping us from seeing how high we would be jumping from. In sequence the cadets started their jumps and it quickly got to my turn – the cold air rushing across my legs, getting ready to jump I sat quickly going through all the safety procedures that we had learned.

The next stage was easy enough – I pushed off and gravity did the rest of the work. The freefall only lasted a couple of seconds before the canopy deployed automatically and I got to take in the view as I gently floated down to the huge landing field which was impossible to miss.

Once we completed our jumps everyone was unanimous that it was a life changing experience. 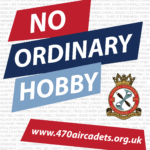 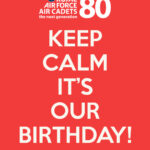 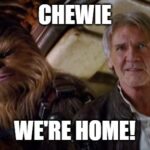