History of the Air Training Corps 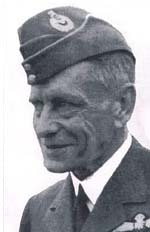 The man who is widely regarded as the father of the Air Training Corps was Air Commodore J A Chamier.

The son of a Major-General in the British Army he was destined to join himself. Whilst serving in the Army he learned to fly and later joined the Royal Flying Corps and served in the 1st World War as a pilot. After the war he transferred to the newly formed Royal Air Force where he remained until he retired from the service in 1929. Upon his retirement Chamier became secretary of the “Air League of the British Empire”. This organisation was run by aviation enthusiasts with the aim of increasing the public awareness of the importance of aviation to the commonwealth.

During the 1930’s with public interest in aviation increasing and the clouds of war gathering over Europe, Chamier had the idea of forming an aviation cadet corp. He has seen first-hand during WW1 the fate that many young airmen with minimal training had waiting for them when they fought against seasoned enemy aviators. He believed it was imperative that for the country to project Air Power in the future then training and equipment was paramount.

In 1938 the Air League formed the “Air Defence Cadets Corps” with the intention of recruiting young men with an interest in aviation from all over the country. They would organise this by forming Squadrons in towns and cities all over the country managed by civilian volunteers. This proved to be very popular with young men joining in their thousands allowing the organisation to expand quickly.

By 1939 the ADCC became a victim of its own success with many instructors and officers being drafted into military service and cadets being used to provide assistance with clerical work and manual labour on RAF stations.  By 1940, the government was so impressed by the calibre of cadet which the ADCC was producing that they decided to reform the organisation and align it with the Royal Air Force. On Feb 5th 1941 the Air Training Corps was officially established by Royal Warrant with King George VI agreeing to be the first Air Commodore-in-Chief of the organisation. By August 1941 the new ATC badge had been approved by the king with the motto “Venture Adventure” being finalised.

Once the ATC was officially formed the organisation quickly expanded to 100’s of Squadrons throughout the UK and provided a valuable pipeline into the Royal Air Force and Royal Navy Fleet Air Arm for cadet aviators and ground crew. By the end of WW2 the organisation had supplied almost 100,000 cadets to the Armed Services. 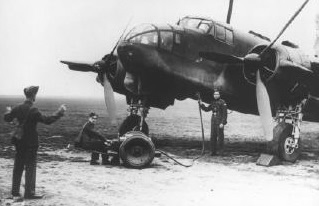 Post WW2 the organisation changed to suit the new world it found itself in. A new Royal Warrant was issued in 1947 and revised further in 1967. There was a gradual move away from the military recruitment pipeline and academic studies and instead more focus given on adventure training, sports DofE and Air Experience Flying and Gliding.

Today the ATC is as popular as ever with over 1000 squadrons across the country and over 41,000 members. We actually have more manpower than the RAF!